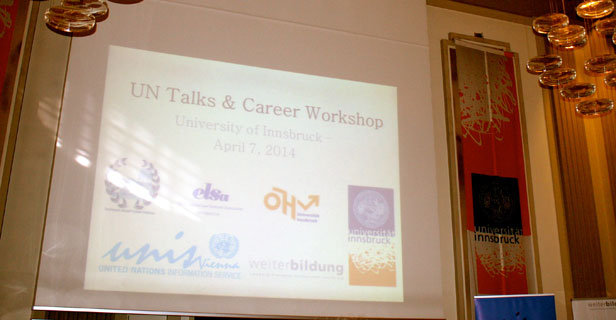 UN Talks and Career Workshop at the University of Innsbruck

What kind of organization will the United Nations become in the future? Is the UN Charter still relevant in our time? A panel discussion at the University of Innsbruck centred around these topics and other similar questions was held on 7 April 2014 entitled "The UN as an Actor in the 21 st Century". The podium featured three academic staff of the University and UNIS Public Information officer Judith Ulirsch, who discussed with students the role of the UN in current international affairs.

The panel discussion was followed by a subsequent career workshop where students learned about job opportunities at the United Nations.