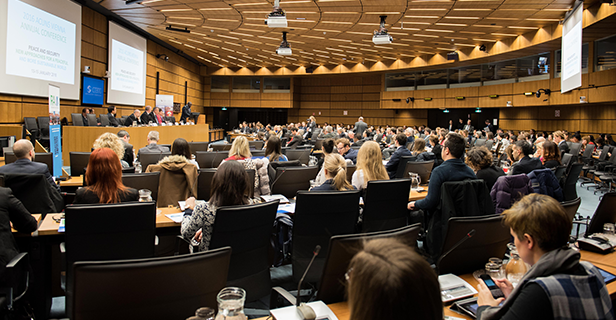 VIENNA, 13-15 January 2016 - More than 300 participants from all over the world including United Nations leaders and senior officials, diplomats and young academics were interested in seeking "New Approaches for a Peaceful and more Sustainable World" at a conference at the Vienna International Centre (VIC) recently. It was the 7 th Annual Conference of the Academic Council on the United Nations System (ACUNS) which took place from 13 to 15 January 2016.

In his opening speech the Executive Secretary of the Preparatory Commission for the Comprehensive Nuclear-Test-Ban Treaty Organization (CTBTO) Lassina Zerbo referred to the 20th anniversary of the Treaty opening for signature coming up in September 2016 and the treaty's role as a game changer for global peace and security.

Further speakers were the Director of Public Information of the International Atomic Energy Agency (IAEA), Serge Gas, and the former UN High Representative for Disarmament Affairs, Angela Kane, who claimed that no one other than the United Nations "can bring disarmament back down to earth as a practical and realistic way to strengthen national and international security and conserve resources to meet basic human needs".

The Secretary General of the Organization for Security and Co-operation in Europe (OSCE), Lamberto Zannier, pointed out we live in an age of increasingly unpredictable global and regional security, with terrorist attacks, as well as an influx of refugees and migrants fleeing conflict and poverty. He highlighted the role that regional organizations can and should be encouraged to play in promoting and implementing the 2030 Development Agenda.

The Austrian UN Youth Delegate to the UN General Assembly, Julia Rainer, emphasized the importance of giving more responsibility to young people. This view was endorsed by the President of the initiative, United for Education and Sustainable Futures (UESF), Billy Batware, who said young people need to be empowered for taking action and making changes. Matthias Huber of the Department of Education at the University of Vienna talked about the important role of emotions and feelings in children's education.

In a video message to the audience in Vienna, the UN Youth Envoy Ahmad Alhendawi spoke of the role of young people in achieving lasting peace and security. He mentioned the adoption of the historical resolution on Youth, Peace and Security at the Security Council last month, which is an unprecedented acknowledgment of the urgent need to engage young peacebuilders in promoting peace and countering violent extremism. Youth and youth-led organizations are seen as important partners in these global efforts.

The conference concluded with the final session of the 2015 - 2016 Regional Academy on the United Nations (RAUN), where the students participating in the programme presented their papers on a range of topics from how to approach sustainable industrial development, strengthening human rights and gender equality, dealing with persistent and emerging security challenges and peace building mechanisms and the rule of law.

Watch the opening session of the conference

Find out more about the Sustainable Development Goals (SDGs)

Transforming our world: the 2030 Agenda for Sustainable Development 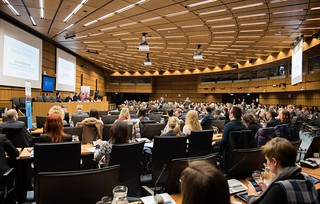