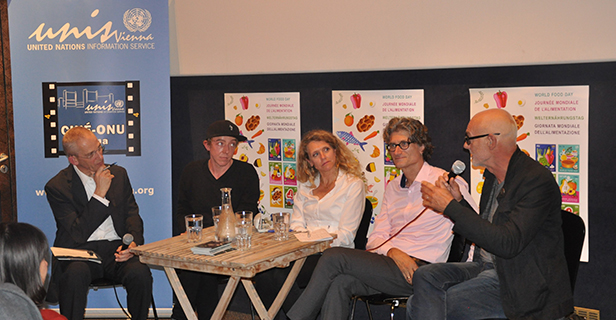 Will eating insects save our planet? Ciné-ONU Vienna Film Screening of 'Bugs'

VIENNA, 16 October 2017 - Insects as food is a hot topic. Particularly over the last few years, since the UN recommended edible insects as a resource to combat world hunger, they have been heralded for their taste by cooks and gastronomes, for their low ecological impact by environmentalists, and for their nutritional content by public health scientists. It would seem that insects are the new superfood that will fix all our problems of global food security. A film exploring this topic was this month's Ciné-ONU Vienna film screening.

In recognition of World Food Day (16 October), the documentary "Bugs" was shown as part of UNIS Vienna's monthly film series called Ciné-ONU Vienna, in partnership with the Permanent Mission of Denmark to the United Nations (Vienna), this  human world (THW) Film Festival and Topkino.

The film talks about the Nordic Food Lab in Copenhagen which is made up of chefs and researchers who travel the world to learn more about eating insects. Film director Andreas Johnsen follows them as they forage, farm, cook and taste insects with communities in Europe, Australia, Mexico, Kenya, Japan and beyond. Throughout their journey the team has to deal with various questions that come up. If industrially produced insects become the norm, will they be as delicious and as beneficial as the ones in diverse, resilient ecosystems and cuisines around the world? Are insects a mirror that reflects our broken food systems, or the silver bullet that will fix them?

Erwin Kuenzi from the Austrian Development Agency said: "The film was brilliant. I very much like the approach they take in the film and they asked all the right questions about sustainability regarding food systems." Britt Maestroni from the FAO/IAEA added that the FAO is doing its best in enhancing research and providing databases regarding animal feed, which is a very quick growing area.

All the panellists agreed on the message of the film which promotes the protection of biodiversity. 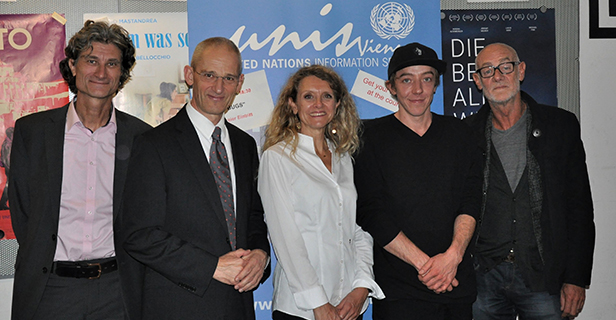