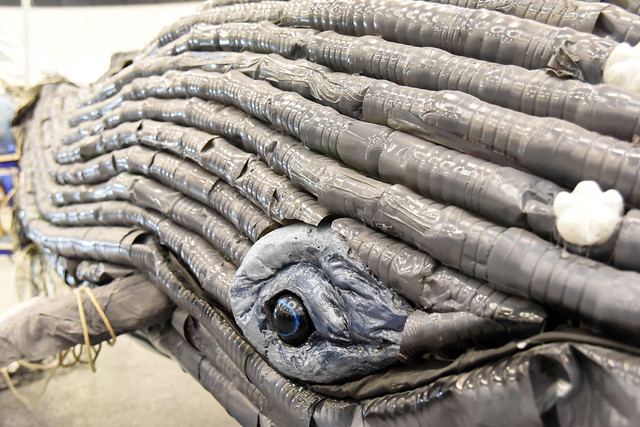 World Environment Day 2018 at UN in Vienna: Oceans are under threat as never before. UN urges action to beat plastic pollution

To mark World Environment Day and World Oceans Day 2018, the UN Environment Vienna Office - Secretariat of the Carpathian Convention, in cooperation with the United Nations Information Service (UNIS) Vienna, the International Commission for the Protection of the Danube River (ICPDR) and the Austrian Federal Ministry for Sustainability and Tourism, organized an event titled "Beat Plastic Pollution" on 5 June at the Vienna International Centre (VIC).

The event moderated by Tamara Mitrofanenko from the UN Environment Vienna Office sounded a wake-up call for politicians, companies and consumers alike. Representatives from the United Nations in Vienna, governmental and non-governmental organizations, students and children convened to discuss how to beat plastic pollution and to call upon everyone to re-think the use of plastics, especially of single-use plastics.

"The flood of plastic waste is an historic aberration. It is getting into our water, our food and even our bodies," said Harald Egerer, Head of the UN Environment Vienna Office, in his opening speech.

Over the past 10 years more plastic was produced than in the entire last century. In 2016, world plastics production totalled around 335 million metric tonnes. One million plastic bottles are bought every minute. Fifty per cent of the plastic we use is single-use or disposable. Only nine per cent of the world's plastic is recycled.

Plastic pollution is causing tremendous harm. Each year, more than eight million tonnes of plastic ends up in the oceans, wreaking damage on marine wildlife, fisheries and tourism. Eighty per cent of all pollution in the ocean comes from people on land, costing at least $8 billion in damage to marine ecosystems. Up to 80 per cent of all litter in our oceans is made of plastic. Plastic pollution costs the lives of one million seabirds and 100,000 marine mammals per year.

Executive Director Ivan Zavadsky of the International Commission for the Protection of the Danube River (ICPDR) expressed concern about the amount of plastic in the Danube. A study showed that about 40 tonnes of plastic are carried away from Austria along the River Danube each year.

In January 2018 the European Commission adopted the first European Strategy for Plastics in a Circular Economy, seeking to eliminate plastic pollution and change the way plastics are produced and consumed in the European Union, with a focus on plastic bags, other single-use plastics, and fishing materials.

Magdalena Bauer of the World Wide Fund for Nature (WWF) called on people to join the fight against plastic pollution and re-thinking plastic usage and consumer decisions. "Plastic pollution is a shocking example of the damage we are causing to our planet. If we continue, there could be more plastic in the sea than fish by 2050. We need urgent action from individuals, businesses and governments. We are all part of the problem, and we all have a role to play in saving the oceans," she said.

To visualize plastic pollution in oceans, Los Angeles-based film producer Ronan MacRory contributed a video on ocean pollution based on Simone White's song "Tiny Drop". Children of the Draschestrasse Vienna bilingual school expressed their concern by building a five-metre whale made of plastic bottles. Upon their initiative, they organized a children's conference on ocean pollution for 22 June at the Vienna International Centre (VIC). The whale built by them was the centrepiece of an exhibition at the UN in Vienna which addressed plastic pollution and showcased various initiatives within and outside the building.

In his video message on World Environment Day 2018 UN Secretary-General Antonio Guterres asks individuals, companies and civil society groups, to refuse what one can't re-use and to take a concrete action to Beat Plastic Pollution.

World Environment Day is the single largest celebration of our environment each year. Since it began in 1974, it has grown to become a global platform for public outreach that is widely celebrated across the globe. Under the theme: “Beat Plastic Pollution”, World Environment Day 2018 is issuing a call to action to individuals, governments, the public and the private sector to examine joint solutions to reduce the heavy burden of plastic pollution on our natural places, our wildlife and our own health.

UN Environment launched the CleanSeas campaign in 2017 to engage stakeholders from all sectors to fight pollution of plastics in the ocean. The goal is to address the root causes of plastic pollution, primarily the production and consumption of single use plastics. To date, more than 40 countries have signed on to the campaign.