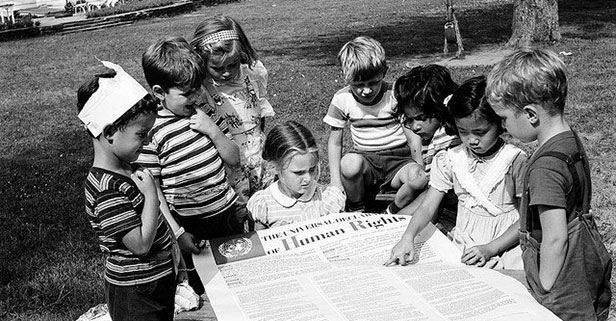 Human rights are rights inherent to all human beings, regardless of race, sex, nationality, ethnicity, language, religion, or any other status.

Human rights include the right to life and liberty, freedom from slavery and torture, freedom of opinion and expression, the right to work and education, and many more. Everyone is entitled to these rights, without discrimination.

International human rights law lays down the obligations of Governments to act in certain ways or to refrain from certain acts, in order to promote and protect human rights and fundamental freedoms of individuals or groups.

"Whereas the peoples of the United Nations have in the Charter reaffirmed their faith in fundamental human rights, in the dignity and worth of the human person and in the equal rights of men and women and have determined to promote social progress and better standards of life in larger freedom… Now, therefore the General Assembly proclaims this Universal Declaration of Human Rights as a common standard of achievement for all peoples and all nations…"

The Universal Declaration of Human Rights (UDHR) is a milestone document in the history of human rights. Drafted by representatives with different legal and cultural backgrounds from all regions of the world, the Declaration was proclaimed by the United Nations General Assembly in Paris on 10 December 1948 by General Assembly resolution 217 A (III) as a common standard of achievements for all peoples and all nations. It sets out, for the first time, fundamental human rights to be universally protected. Since its adoption in 1948, the UDHR has been translated into more than 360 languages - the most translated document in the world - and has inspired the constitutions of many newly independent States and many new democracies. The UDHR, together with the International Covenant Civil and Political Rights and its two Optional Protocols (on the complaints procedure and on the death penalty) and the International Covenant on Economic, Social and Cultural Rights and its Optional Protocol, form the so-called International Bill of Human Rights.

The United Nations works actively to define, monitor and assist Member States with the implementation of international human rights standards. The Office of the UN High Commissioner for Human Rights (OHCHR) has lead responsibility for the promotion and protection of human rights, and for implementing the human rights programme within the UN.

The Human Rights Council, established on 15 March 2006 by the General Assembly and reporting directly to it, replaced the 60-year-old UN Commission on Human Rights as the key UN intergovernmental body responsible for human rights. The Council is made up of 47 State representatives and is tasked with strengthening the promotion and protection of human rights around the globe by addressing situations of human rights violations and making recommendations on them, including responding to human rights emergencies. Through its Universal Periodic Review mechanism, the Council assesses the human rights situation in all 193 UN Member States. It also continues to work closely with the UN Special Procedures established by the former Commission on Human Rights.

"Special Procedures" are either an individual - a special rapporteur or representative -- or a working group. They are prominent, independent experts working on a voluntary basis, appointed by the Human Rights Council. They examine, monitor, advise and publicly report on human rights situations in specific countries or territories, or on major human rights violations worldwide, such as arbitrary detention, extrajudicial executions, torture, child prostitution, or denial of rights such as the rights to food, adequate housing, safe water, freedom of expression, education and others.

"For 70 years, the Universal Declaration of Human Rights has been a global beacon shining a light for dignity, equality and well-being … and bringing hope to dark places," says UN Secretary-General António Guterres on Human Rights Day.

Vienna +25 Making Human Rights a Reality for All

16 days of activism to end violence against women and girls 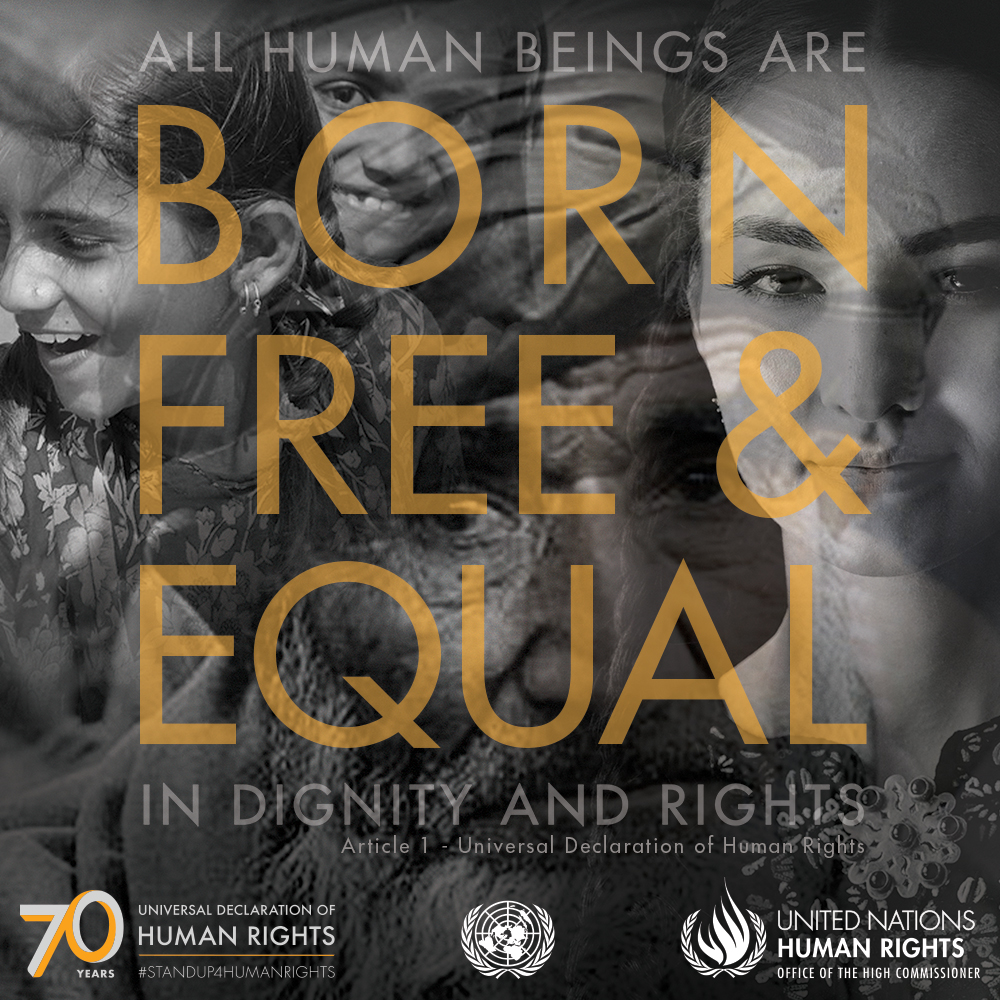