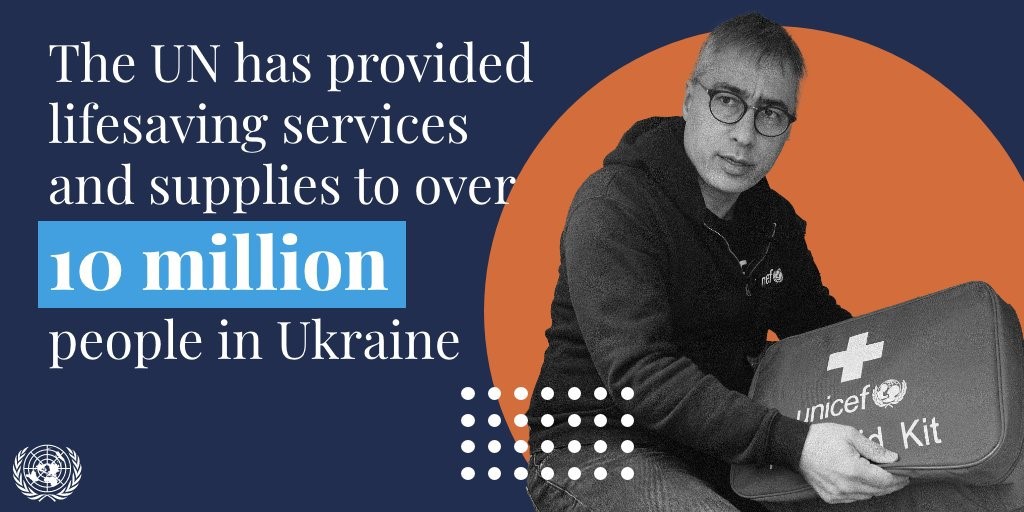 22 July 2022 – An "unprecedented agreement" on the resumption of Ukrainian grain exports via the Black Sea amid the ongoing war is "a beacon of hope" in a world that desperately needs it, UN Secretary-General António Guterres said at the signing ceremony in Istanbul, Türkiye, on Friday.

The UN plan, which also paves the way for Russian food and fertilizer to reach global markets, will help to stabilize spiralling food prices worldwide and stave off famine, affecting millions.

"Today, there is a beacon on the Black Sea," the UN chief said at the signing ceremony. "A beacon of hope – a beacon of possibility – a beacon of relief -- in a world that needs it more than ever."

Mr. Guterres thanked President Erdogan and his government for facilitating the talks that led to the deal. He commended the Russian and Ukrainian representatives for putting aside their differences in the common interests of humanity.

More than four months since the start of the war in Ukraine, people globally are facing a cost-of-living crisis not seen in more than a generation, with escalating price shocks in the global food, energy and fertilizer markets - in a world already grappling with the COVID-19 pandemic and climate change.

An estimated 1.6 billion people in 94 countries are exposed to at least one dimension of the crisis, and about 1.2 billion of them live in 'perfect-storm' countries which are severely vulnerable to all three dimensions – food, energy and finance - of the cost-of-living crisis, according to the latest findings of the United Nations Secretary-General's Global Crisis Response Group (GCRG) on food, energy and finance systems.

"For those on the ground, every day brings new bloodshed and suffering. And for people around the world, the war, together with the other crises, is threatening to unleash an unprecedented wave of hunger and destitution, leaving social and economic chaos in its wake," warned Secretary-General António Guterres at the launch of the group's latest brief. "Vulnerable people and vulnerable countries are already being hit hard, but make no mistake: no country or community will be left untouched by this cost-of-living crisis." 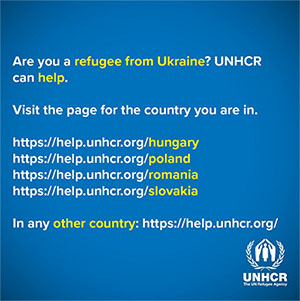 Are you a refugee from Ukraine? UNHCR can help.

Visit the page for the country you are in.

In any other country 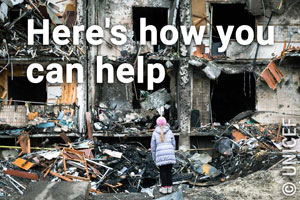 How can you help?

More than three million people (by 16 March 2022) have fled Ukraine, for the latest information on refugees numbers check out the UN Refugee Agency’s data portal

In Ukraine intensifying hostilities are threatening the lives and wellbeing of tens of thousands of families.

Help us provide them with the means to survive.

The United Nations and humanitarian partners are committed to staying and delivering assistance and protection to the people of Ukraine.

You can help by making a donation.

International Organization for Migration (IOM) - Hundreds of thousands have fled. Many more face displacement. It's still winter. Help us help them

Find out how the private sector and business can help in the Ukraine crisis:

Updates from the International Atomic Energy Agency on Ukraine

SG Op-Ed on Global Crisis Response Group - "The War in Ukraine: A Silent Assault on the Developing World"