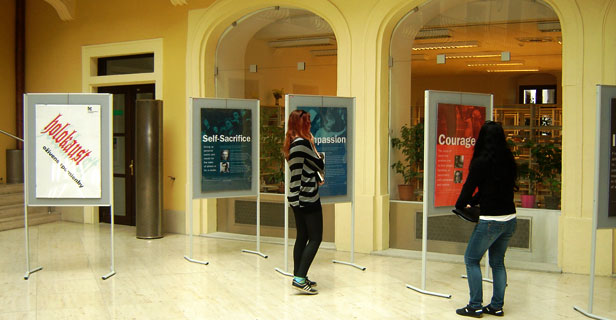 An exhibition titled 'Holocaust - Memory revived' was launched at the University Library in Bratislava to showcase a set of posters on the rescuers who saved lives of their Jewish  fellow citizens during the Holocaust period including some of the finalists´ posters from the 2012 Holocaust Poster Competition. The exhibition will be open to public from 10 April to 7 May 2013 and was prepared in cooperation with the Information and Documentation Center of UNESCO Bratislava and UNIS Vienna.