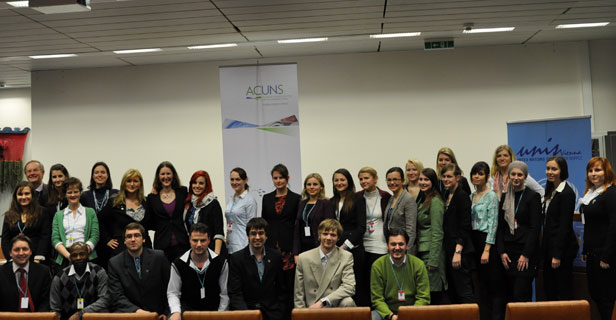 Thirty-five students from Austria, Hungary and the Czech Republic participated in the Regional Academy on the United Nations (RAUN) and presented their papers on issues of security, nuclear safety and disarmament, as well as on the environment and the UN in the 21 st century at the Vienna International Centre (VIC).

In their papers, the students discussed the following topics:

The students received certificates handed over by UNIS Vienna Director Janos Tisovszky and ACUNS Executive Director Alistair Edgar. The best papers - "Nuclear safety and nuclear energy in the 21st century", "Failed states - How the United Nations should deal with them" and "Climate refugees in the 21st century" - received an award.