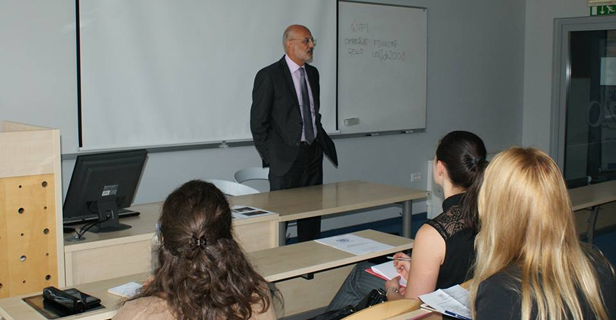 Janos Tisovszky: Current UN challenges also include work with and for youth

On 10 September UNIS Vienna Director Janos Tisovszky took part at the UN Summer School in Ljubljana organized by UNA Slovenia Youth Section. In a morning session he spoke to the students on current UN challenges followed by a lively exchange with participants, while during the afternoon session the focus was on the various different ways youth can engage with the UN and become part of its workforce. By elaborating current UN challenges he has presented the work of the UN and focused on four major "faces" of the Organization:  the UN as a forum for member states; the UN as an actor in international affairs; the UN as a community, as a platform for a wide variety of actors in international affairs, including and especially civil socity groups and various non-governmental entities; and finally the UN as a set of ideals, principles and expectations. In outlining the main priority areas of UN Secretary-General Ban Ki-moon he pointed out that those include a special focus on working with and for  young people.