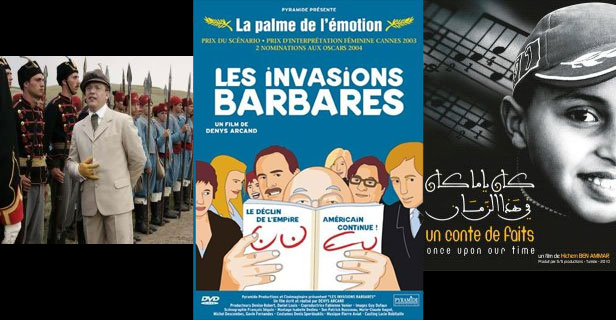 The French language day celebrated at the United Nations

The French Language Day is celebrated on 20 March as part of an initiative to raise awareness and respect for the history, culture and achievements of each of the six official languages of the United Nations.

This year three movies were presented at the Vienna International Centre (VIC), sponsored by the Director-General of the United Nations Office at Vienna (UNOV), Yury Fedotov and the "Groupe des Ambassadeurs Francophones" (GAF), chaired by Tunisia.

The first film " Le reste est silence" ("The Rest is Silence", Romania, 2008) tells us, in a loose and half-fictionalized way, the story of a movie making, from 1911-1912, in which the Romanian movie director Grigore Brezianu and the financial tycoon Leon Popescu together made the two hour-long movie "Romania's Independence" - a screen adaptation as faithful as possible to the real Independence War that had been fought in 1877.

The second film " Un conte de faits" ("Once Upon Our Time", Tunisia 2010) is a documentary unfolding a tale from the Tunisian nights. The gifted violinist Annas is just 11 years old when he wins a place at the elite Yehudi Menuhin Music School in London. The film follows him over the course of two years, from his discovery through his education with acclaimed worldwide violin teachers to his international appearances. His rise to fame will end up affecting his relationship with his family back in Tunisia.

The last screening was a Canadian production " Les invasions barbares" ("The Barbarian Invasions", Canada 2002) depicting a man having a difficult time accepting the reality of death and feeling regretful of his past. The man who is dying of cancer, tries to find peace in his last moments. His estranged son, ex-wife, ex-lovers and old friends will all come to him to share his last breath.

The three movies, screened at United Nationes Information Service (UNIS-VIC), are reflecting the diversity together with the cultural and artistic creativity in the Francophone world and beyond.