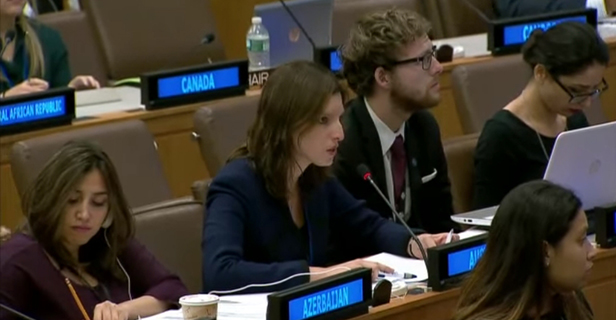 Julia Rainer reflects on her speech in front of the Third Committee, meeting Secretary-General Ban Ki-moon and the challenges that still lie ahead for effective youth participation

To completely put my time in New York into words is impossible. So much has happened, I have gained more knowledge than I could have ever imagined and have met so many inspiring people I can now call my friends.

From theory to practice I was part of international politics and could contribute to important processes. I was not only there to get a glorified first impression, but to get a look behind the scenes and bridge the gap between the work of the UN and the young people of my country.

Everything started really stressful, because in the first view days I needed to hold my speech in front of the Third Committee of the General Assembly. After a few hectic days of writing and editing I finally held a statement in my hand that I could be completely confident to present on behalf of the youth of Austria. I included my experiences from my tour throughout Austria, where I was harshly confronted with the reality of the refugee crisis on every train station. It became clear to me that this was the topic to focus on while addressing the international community and so I delivered a speech dedicated to the volunteers of the refugee crisis that had deeply impressed me. "While every day hundreds and thousands of people reach Europe to seek safety, volunteer groups are forming all over the continent to help those in need. They are the silent heroes of our time."

A day after the speech we had the honour to meet with Secretary General Ban Ki-Moon. Although the meeting was shortened due to time constraints we were surprised by the warm and laudatory words that Ban Ki-moon delivered to us in a freely held speech that was not as formal as we expected it to be. We felt like our work was noticed and valued despite his hectic schedule.

There was only one disappointment during my time at the UN, which was the youth resolution. My fellow youth delegates and I wanted to actively participate and be part of the document that talked about our rights. However due to difficulties to find consensus the sponsors of the resolution tabled it at the last possible moment and when the discussions finally started, nearly all of our youth representatives had already left the city. Some of us could have spoken on behalf of their country but needed to go home before doing so. Now the text will be negotiated without any youth delegate present and the question remains how little youth participation a youth resolution can take.

It is still a long way to effective youth involvement at the UN, but what gives me hope are the inspiring young people I have met in New York. They are all bursting with enthusiasm, commitment and passion to change the world for the better and are not just talking but also implementing their plans in their home countries. Our motto in New York was "youth is not only the future, but also the present". If people like them are shaping our present and future, then I still have confidence that change is possible. 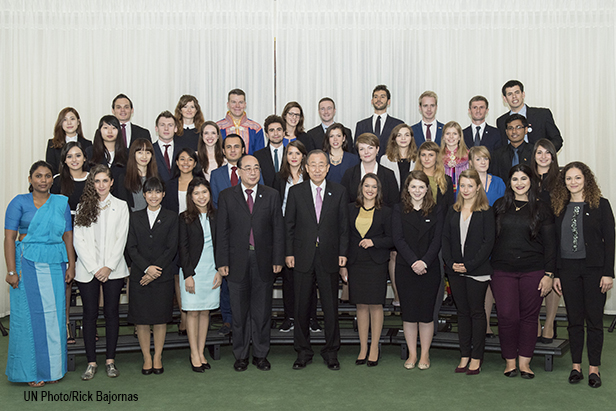