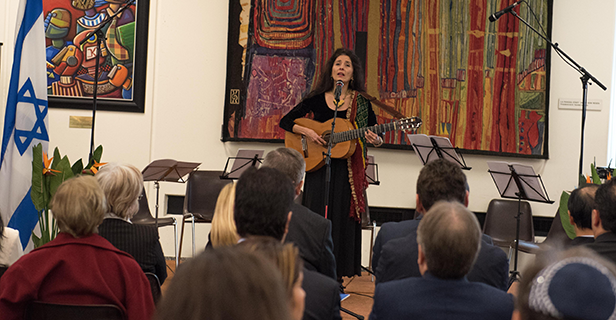 VIENNA, 27 January 2016 - Austrian musician Timna Brauer and Hungarian violinist Orsolya Korcsolan  performed at the United Nations in Vienna today to mark the International Day of Commemoration in Memory of the Victims of the Holocaust.  Timna Brauer performed one song in Hebrew, then the Yiddish song 'Mir lebn eybig',  which translated means 'We live on'.

In his message for the day UN Secretary-General Ban Ki-moon said: "From the shadow of the Holocaust and the cruelties of the Second World War, the United Nations was established to reaffirm faith in the dignity and worth of every person and to uphold the rights of all to live in equality and free from discrimination.

"These principles remain essential today.  People worldwide - including millions fleeing war, persecution and deprivation - continue to suffer discrimination and attacks.  We have a duty to remember the past - and to help those who need us now." 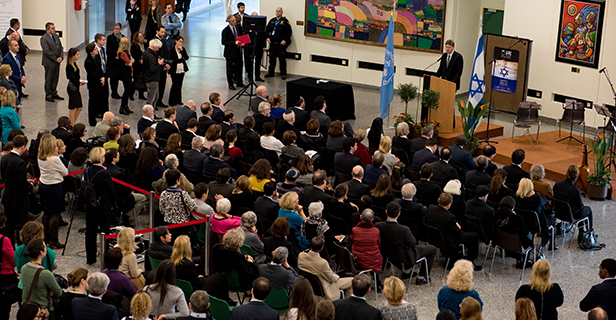 The commemorative ceremony, held in the Rotunda of the Vienna International Centre, was organized by the Permanent Missions of Israel and Poland to the United Nations and the UN Information Service (Vienna).

A Jewish prayer 'El Maleh Rachamim' which mourns the Holocaust victims was recited by Rabbi Mordechai Fiksler, then the memorial candle was lit.

The Director-General of the United Nations Office at Vienna (UNOV), Yury Fedotov, thanked everyone for joining the event to remember and honour the victims of the Holocaust and to pay tribute to the survivors and soldiers who liberated the concentration camps.  Mr. Fedotov gave special mention to Rabbi Fiksler, and to the talented musicians who, he said, had so movingly conveyed the gravity of this occasion, through the power of their art.

In a moving performance, Hungarian violinist Orsolya Korcsolan played the Sonata for Solo Violin, which was the last piece by the Hungarian composer Sandor Kuti before he was killed in 1944 at a Nazi labour camp. There were other performances by the flautist Daniele Lahner and the Goldegg String Quartet, conducted by Miguel Kertsman. 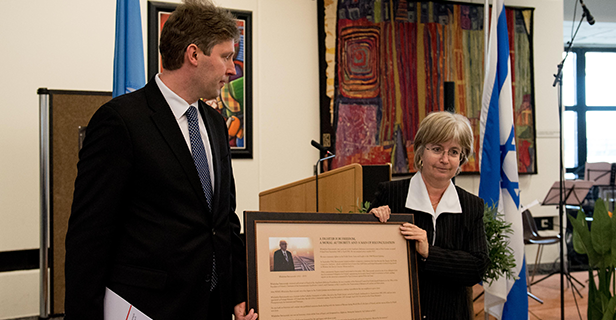 The Polish Ambassador received a special certificate in memory of and honouring the legacy of Wladyslav Bartoszewski, a social activist, journalist and resistance fighter during the Second World War who was imprisoned in Auschwitz.

After the ceremony the moderator, UNIS Vienna Director Martin Nesirky, invited everyone present to view the poster exhibition on display in the Rotunda which presents the Holocaust in the context of the Second World War and the founding of the United Nations.

As part of the events to mark the International Day, the Ciné-ONU film screened on Monday 25 January was 'The Return of the Violin' which tells the story of a Stradivarius violin and a virtuoso Jewish violinist from Poland, Bronislaw Huberman, who owned the instrument. He fled to Palestine before the Second World War and helped save many Jewish musicians from the Nazis. Huberman's beloved violin was stolen in New York and he never saw it again. But years later, after his death, the violin surfaces after the deathbed confession of the man who stole it. Eventually, renowned violinist Joshua Bell buys the violin and returns to Poland to play a concert.

After the film, there was a discussion with the director of Israel's Haifa Cinematheque, Avishai Kfir, the Special Envoy of the Polish Minister of Foreign Affairs for Relations with the Jewish Diaspora,  Sebastian Rejak, and the Austria-based founder of the Orpheus Trust, Primavera Driessen Gruber. 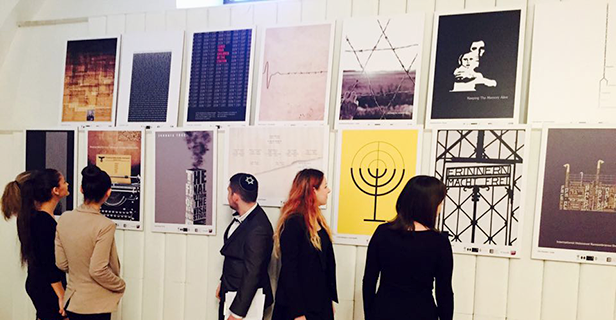 In Slovakia, students of the Business Academy secondary school, Kalmána Kittenbergera Street, Levice, Southern Slovakia, commemorated the Holocaust Remembrance Day with a special workshop in the premises of the Tekov museum, Levice. The students showed a short film that they had themselves made during their previous visit in Auschwitz and listened to the presentation of Marta Švolíková of the Public Record Office, Nitra, on the history of the Jewish community in the town of Levice. Finally, an exhibition of posters of the International Poster Competition "Keeping The Memory Alive" was opened. The workshop was prepared under the supervision of Zuzana Meszárošová a teacher at the Business Academy and in cooperation with Tekov Museum and UNIS Vienna. 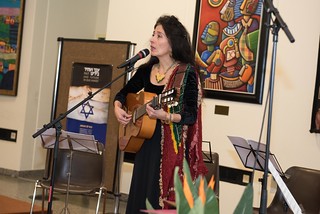 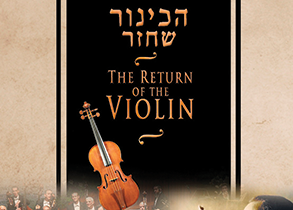