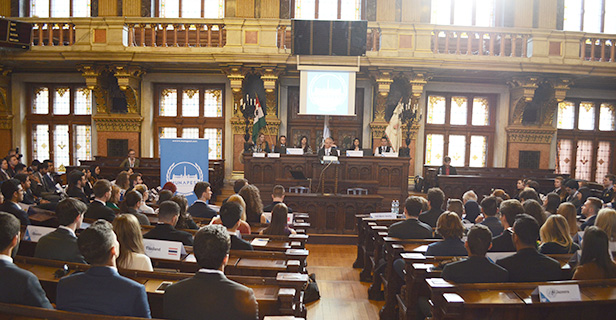 As spring arrives in Hungary, so does model United Nations conference time

The International Diplomatic Students Association (IDSA) organized MUNAPEST 2018, which took place from 3 to 7 April and was attended by 180 students from 17 countries. Martin Nesirky, Director of the United Nations Information Service in Vienna, made opening remarks, after which Professor Mihály Simai, President of the United Nations Association of Hungary, and Zsófia Rácz, UN Youth Delegate of Hungary, addressed the audience. MUNAPEST 2018 continued its trend of exploring the complex issues affecting individual continents under the umbrella of a single topic. During MUNAPEST 2017 and 2016, the topics covered were "Turmoil in the Americas - Mending Pan-American relations and securing intercontinental development" and "Africa - Increasing development through tackling conflicts", respectively. This year, MUNAPEST 2018 worked under the topic "Resurgent Asia: the Silk Road to prosperity". Referring to this year's MUNAPEST topic, Mr. Nesirky said: "Yes, Asia is indeed resurgent. Yet Asia also reflects the challenges and disruptions we all face, wherever we are." He concluded: "So, you are finely attuned to the major crises and challenges of today, and to the focus of the Secretary-General."

On the first day of MUNAPEST, Martin Nesirky held a career workshop in partnership with the IDSA at the Eötvös Loránd University, attended by more than 200 participants. Mr. Nesirky talked not only about career opportunities at the United Nations, but also spoke about UN Secretary-General António Guterres' mandate and priorities.

The 8th Budapest International Model United Nations (BIMUN) was organized by the Eötvös József Secondary School and took place between 13 to 17 April, with the participation of 325 high school students from 23 countries. The delegates represented 61 countries and entities, including one NGO (Amnesty International) for the first time. The opening ceremony also featured a video message from the UNIS Director. 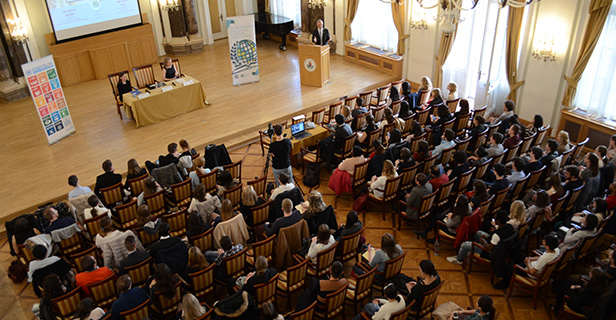