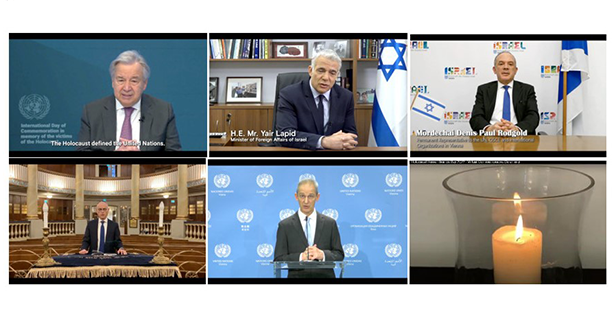 “The Holocaust defined the United Nations. (…) Our Charter was drafted in San Francisco as the Dachau concentration camp was liberated. The United Nations must always be on the frontline of the fight against antisemitism and all other forms of religious bigotry and racism,“ said UN Secretary-General António Guterres in his message for the International Day of Commemoration in Memory of the Victims of the Holocaust. (full message available here)

The Ciné-ONU Vienna and Budapest virtual screenings of the documentaries “Box for Life” and “The Last Survivors” screened on 24th and 27th January to mark the day echo this message.

In Vienna the Ciné-ONU film screening of “Box for Life” was organized by the United Nations Information Service (UNIS) Vienna in cooperation with Ciné-ONU Brussels, the Permanent Mission of Israel to the UN (Vienna), the French Embassy in Austria and the Centre for Israel Studies, Vienna. The panel discussion that followed the screening included Film Director Uri Borreda, journalist Iris Lifschitz Klieger and Instructor at Yad Vashem Shlomo Balsam. Before the screening, Permanent Representative of Israel to the UN (Vienna) Mordechai Denis Paul Rodgold said that he was “highly touched” by the protagonist’s story because it reminded him of the fate of his own family members who did not survive the Holocaust. French Ambassador Gilles Pécout also delivered opening remarks via video message. 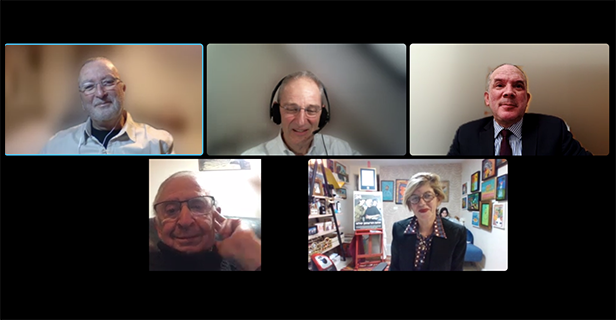 During the panel discussion, Director Borreda explained the process of making this documentary, saying that his goal was for people to feel with Noah (the film’s protagonist). Iris Lifschitz Klieger, the daughter of Noah Klieger, spoke of her father’s wish for “people to continue speaking about Holocaust and never forget what happened”. From her perspective as a journalist, she said that the media has an important role to play in conveying the story of the Holocaust, especially to younger generations. Balsam told the story of how he met Noah and said that his friend’s goal was to make people “understand what the Holocaust really was”. Israel’s Ambassador highlighted the importance of historical consciousness on this topic and stated that his generation was the “link in the chain”. UNIS Vienna Director Martin Nesirky who moderated the discussion, underlined the importance that Holocaust Remembrance has within the UN and referred to the Resolution passed by General Assembly condemning Holocaust denial.

Likewise, the Cine-ONU Budapest screening of “The Last Survivors”, organized by UNIS Vienna and the International Diplomatic Student Association (IDSA), was host to a poignant discussion on the necessity of preserving the living memory of Holocaust survivors. UNIS Vienna Director Martin Nesirky lead the discussion with panellists Miriam Bracha Heimler, therapist and Senior Lecturer of the Heimler Method of Social Functioning (HMSF), Márta Goldmann, teacher at the University of Jewish Studies in Budapest and Linda Németh, historian at the Holocaust Memorial Centre, Budapest. 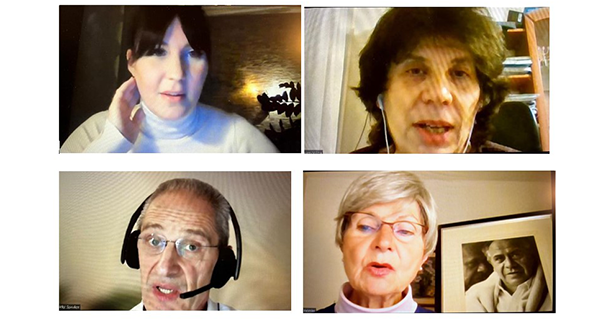 Miriam Heimler spoke about her husband, himself a survivor of the Nazi concentration camps, saying that “his only way to cope was to use his experience”. He went on to teach “the children of his persecutors“ (German students) and that his “hate was gone, but [his] memories were alive”. Most importantly he had “messages to deliver to the living from the dead”, warning of the “poison” that is hate, but also messages of solidarity. Panellist Marta Goldmann said that survivors were key in education and a powerful force against those who deny the Holocaust. All panellists agreed that the noticeable rise of antisemitism in recent years was a cause for great concern and highlighted the need to preserve the link between survivors and future generations, so as not to forget. 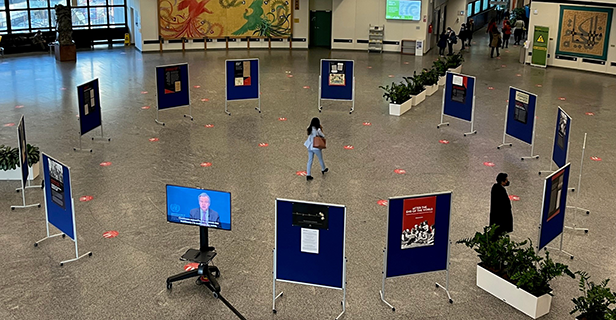 In addition, an exhibition called “After the End of the World: Displaced Persons and Displaces Persons Camp” was on display in the Rotunda of the Vienna International Centre from 26 January to 3 February and viewed by visiting Austrian President Alexander Van der Bellen. The exhibition explored the work of the United Nations Relief and Rehabilitation Administration (UNRRA) and focused on the lives of the Holocaust survivors in the immediate aftermath of the war and included documents and photos from the United Nations Archives and the YIVO Institute for Jewish Research Archives.

In Slovakia, UNIS Vienna supported events at the Levice Business School on 27 January, including a workshop for students and the exhibition “Seeing Auschwitz”. 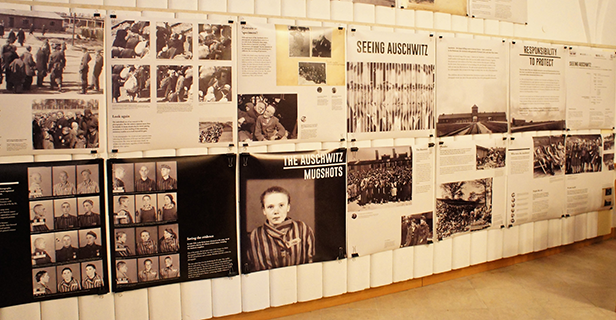