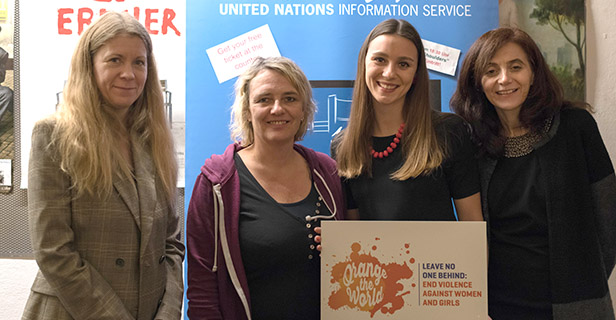 The Nobel Peace Prize co-winner, Nadia Murad, who is also Goodwill Ambassador of the UN Office on Drugs and Crime (UNODC) for the Dignity of Survivors of Human Trafficking, is the focus of the film "On Her Shoulders" which was screened at Ciné-ONU Vienna on 26 November to mark the International Day for the Elimination of Violence against Women. The award-winning documentary follows the story of Murad who survived the 2014 atrocities against the Yazidis in Northern Iraq and escaped from ISIS to become a relentless beacon of hope for her people.

The screening was followed by a panel discussion with the Chief of the Research Branch at UNODC, Angela Me, the Head of LEFÖ's Intervention service for victims of human trafficking (Interventionsstelle für Betroffene des Frauenhandels), Evelyn Probst,  and Campaign Coordinator at UN Women National Committee Austria, Helena Gabriel. Me said: "Nadia helped us to give a face to those people who have been trafficked globally. (…) However, gender related killings affect every country in the world."Me also called for change "to make the criminal justice system more women-centred, to make more women involved.…but the solution needs men too. Together with boys and men, we can change the situation". 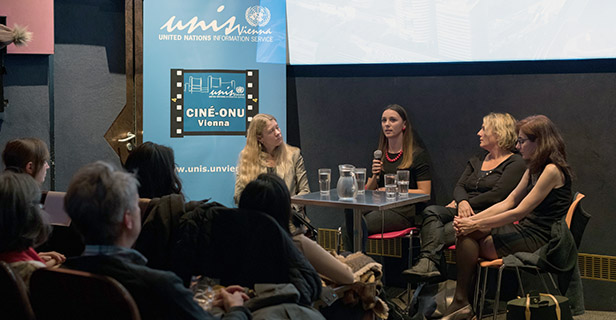