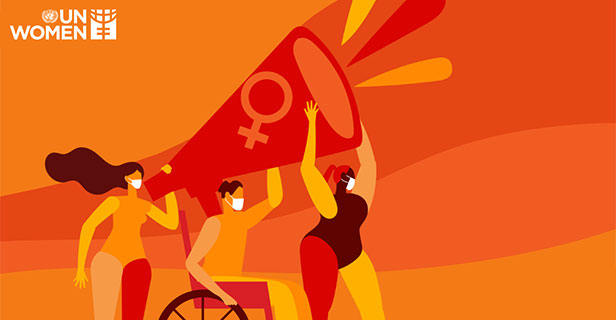 Violence against women and girls continues to be the most pervasive and pressing human rights issue in the world today.

It is both an abhorrent crime and a public health emergency, with far-reaching consequences for millions of women and girls in every corner of the globe.

The latest figures from UN Women confirm that during the COVID-19 pandemic, levels of violence against women and girls have increased.

Across 13 countries, almost half of all women reported that they or a woman they know began to experience gender-based violence during the pandemic.

Executive Director of the United Nations Office on Drugs and Crime (UNODC), Ghada Waly:
Statement for 2021 International Day for the Elimination of Violence Against Women
25 November 2021

Every 11 minutes, a woman or girl is killed by someone in her own family.

In 2020, 47,000 women and girls worldwide died at the hands of intimate partners or other family members, according to new data released by the United Nations Office on Drugs and Crime (UNODC). Despite accounting for only one-fifth of homicide victims overall, 58 percent of victims of intimate and family homicide are women and girls.

Data on gender-based violence remains limited in many regions, but the available evidence on the killing of women and girls at the hands of intimate partners or other family members suggests that the situation has not improved over the past decade.

"Gender inequality is the overwhelming injustice of our age and the biggest human rights challenge we face."

"The benefits of gender equality are not just for women and girls, but for everyone whose lives will be changed by a fairer world that leaves no one behind."

Women and girls represent half of the world’s population and its potential. Gender equality is a fundamental human right and its achievement has tremendous socio-economic benefits. Gender equality is also the foundation for a peaceful, prosperous and sustainable world. However, gender inequality remains deeply entrenched everywhere and impedes social progress. Women and girls are too often denied access to education, health care and employment, they fall victim to violence and discrimination and are under-represented in decision-making processes.

The United Nations started to celebrate International Women’s Day on 8 March during International Women’s Year in 1975 as a reminder that we have to “do everything we can to overcome entrenched prejudice, support engagement and activism, and promote gender equality and women’s empowerment". (UN Secretary-General António Guterres)

An important aim of the United Nations is identifying and strengthening the relationship between gender equality and sustainable development. “Let us ensure that every girl, everywhere, has the opportunity to realize her dreams, grow into her power and contribute to a sustainable future for all,” said UN Secretary General António Guterres.

This link is reflected in Sustainable Development Goal 5 of the 2030 Agenda, which focuses on achieving gender equality and empowerment of women and girls. Goal 5 has nine targets, among them the target to end all forms of discrimination against women and girls, eliminate all forms of violence and harmful practices such as trafficking, sexual exploitation and forced marriage, ensure access to sexual and reproductive health, and full and effective participation and equal opportunities for leadership.

Achieving gender equality by 2030 requires urgent action to eliminate the many root causes of discrimination that still curtail women’s rights in private and public spheres. The UN has initiated a great number of projects and campaigns to work towards this goal.

At the heart of the United Nations’ work to achieve gender equality lies UN Women. The United Nations Entity for Gender Equality and the Empowerment of Women was created in 2010 by the United Nations General Assembly, bringing together the work of the UN system. UN Women supports the Commission on the Status of Women, a principal global intergovernmental body dedicated to the promotion of gender equality and the empowerment of women, in formulating policies, global standards and norms. Furthermore, UN Women assists Member States to implement these standards and leads and coordinates the UN system’s work on gender equality. It also promotes accountability.

UN Women also has a strong humanitarian agenda and has been active in all corners of the world.

In 2019, UN Women worked with partners around the globe to bring humanitarian relief to 509,000 women and girls and to expand support for women and girl survivors of violence in 49 countries.

From the moment the pandemic broke, UN Women drew worldwide attention to specific tolls on women and girls, urging action on escalating rates of gender-based violence during lockdowns. UN Women also helped the civil society grantees of the UN Trust Fund to End Violence against Women sustain essential services for violence survivors in 69 countries and territories.

UN Women also launched the innovative He-For-She campaign, an initiative that invites men and people of all genders to stand in solidarity with women to create a bold, visible and united force for gender equality.

"Gender equality is a means of redefining and transforming power that will yield benefits for all. It is time to stop trying to change women, and to start changing the systems and power imbalances that prevent them from achieving their potential." - UN Secretary General António Guterres, 2020 International Women's Day

In UN peacekeeping, special emphasis is given to the empowerment of women to participate in peace processes and advocate for their inclusion in political and electoral systems. In addition, consideration of the different challenges that women and men face in conflict and post-conflict situations is an integral part of UN operations.

How the UN in Vienna works to achieve SDG#5

The Vienna-based UN organizations work actively to contribute to the goal of achieving gender equality.

The United Nations Office for Outer Space Affairs (UNOOSA) for example, has launched a project called ‘Space for women’ that promotes Science, Technology, Engineering and Mathematics education and careers for girls and women, especially in developing countries, and works towards gender mainstreaming in the space sector.

The United Nations Office for Disarmament Affairs (UNODA) works to encourage women, especially from the Global South, to enter the field of disarmament and non-proliferation education, for example through the Women High Education For Peace Vienna Forum.

The United Nations Industrial Development Organization (UNIDO) helps provide clean fuel and renewable energy to women in developing countries. This reduces the time they need to spend on chores like collecting fuel or water, which allows them to earn money outside the household.

In addition, the Women's Network Initiative of the United Nations Office on Drugs and Crime (UNODC) and the World Customs Organization encourages female customs and law enforcement officials to participate in training and leadership programmes. These women check container shipments for illicit goods like drugs or weapons.

"UNODC promotes holistic approaches to gender-based violence, bringing together health, social, police and justice sectors to build prevention strategies and provide support services. We help integrate gender perspectives in responses to terrorism and prison management," said the Executive Director of the United Nations Office on Drugs and Crime and Director-General of the United Nations Office at Vienna, Ghada Waly.

In the context of UNODC's mandate, a series of international instruments and resolutions call upon Member States to mainstream a gender equality perspective into their legislation and policies and to adopt special measures to promote gender equality and the empowerment of women.

UNODC also has numerous project and actions that address the increased vulnerability of women and children when it comes to drugs and crime, human trafficking, prevention and access to treatment for drug-related diseases and HIV infections as well as the rehabilitation of female prisoners.

Women leaders and women’s organizations have demonstrated their skills and knowledge in all fields of work, from the local to the global level. Women bring different experiences, perspectives and skills to the table, and make irreplaceable contributions to decisions, policies and laws that work better for all. Yet, women’s leadership and political participation are restricted. This occurs despite their proven abilities as leaders and agents of change, and their right to participate equally in democratic governance. Individual women have overcome these obstacles with great acclaim, and often to the benefit of society at large. But for women as a whole, the playing field needs to be level, opening opportunities for all. 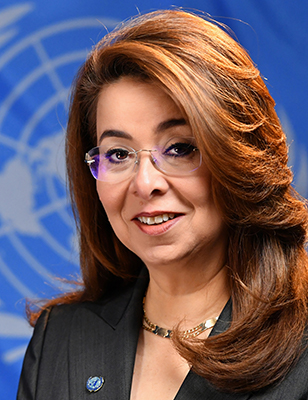 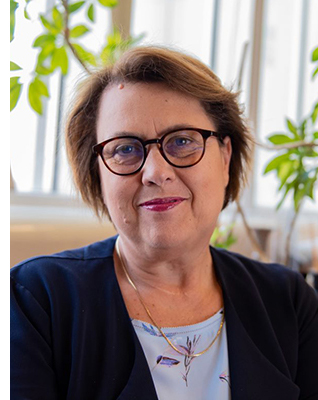 Simonetta Di Pippo is the Director of the United Nations Office for Outer Space Affairs (UNOOSA). She previously held positions in the Italian Space Agency (ASI) and the European Space Agency (ESA) and co-founded Women in Aerospace Europe (WIA-E). 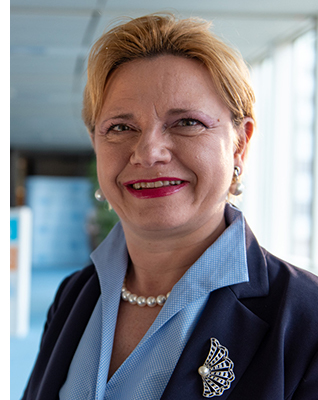 Borislava Batandjieva-Metcalf is Secretary of the United Nations Scientific Committee on the Effects of Atomic Radiation (UNSCEAR). She has 22 years of experience in radiation and nuclear safety and has previously worked with the International Atomic Energy Agency (IAEA) and served as a Scientific Project Officer for the European Commission. 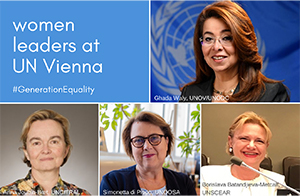