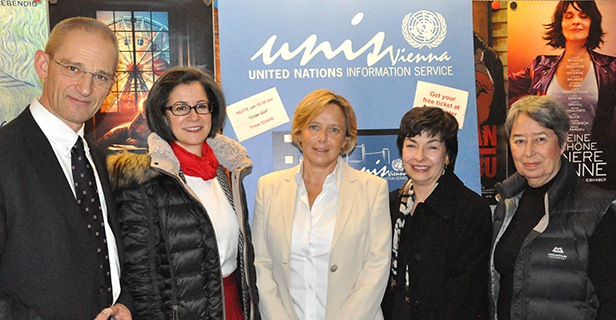 Coding is not a common career choice for young women as it should be. Although the IT industry was built on the commitment and effort of many dedicated women, nowadays the world's fastest-growing industry is dominated by male developers.

To mark International Day of Women and Girls in Science, the United Nations Information Service (UNIS) Vienna, in cooperation with the Permanent Mission of the United States of America in Vienna, This Human World film festival and Topkino organized the Ciné-ONU film screening of "Code Girl" on 12 February.

The film follows high school girls from around the world as they try to improve the wellbeing of members of their communities by developing apps. These girls then go on to participate in the Technovation Challenge, which is an international competition that aims to reverse the male-dominated trend by empowering girls worldwide to solve real-world problems through technology. These efforts are of great relevance because girls and women are under-represented in most of the STEM-fields (Science, Technology, Engineering and Mathematics). Also, achieving gender equality and empowering women and girls, as reflected in Goal 5, is vital for achieving the Sustainable Development Goals.

Mary Alice Hayward stressed that "curiosity is the fundamental driver for the success of any kind of scientific endeavour and anything you pursue in your life in general". She also drew attention to the vital role that societal encouragement - particularly from parents - plays in creating and upholding an interest in science. As a dedicated member of the International Gender Champion network, Hayward is enthusiastic about the possibility of influencing young people through mentoring and educational programmes to achieve gender equality.

Margit Fischer also pointed out the importance of mentors and role models for successfully creating an early interest in science. "In order to encourage young people of all genders to think that science is 'for them', I think it's very important to create a democratic and appreciative learning atmosphere where girls and boys are invited to pursue their own ideas, try out things, make mistakes and try again". This is exactly what the girls in the film did, and ultimately, they succeeded.

Anna Relle Stieger emphasized "that the younger the girls are, the more likely they are willing to try coding. If they try, they love it as much as the boys do. And they are good at it". Since there is no mandatory coding education in Austrian schools, she decided to address that demand by founding an initiative to provide an educational programme in coding. With her initiative she fosters creative thinking and problem solving in children and was amazed by the enormous potential demonstrated by the girls in the film. 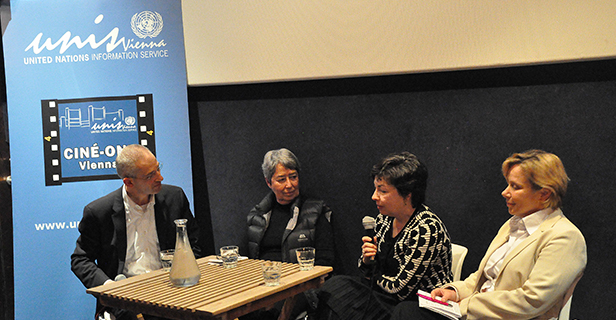