VIENNA, 9 July (UN Information Service) - Vienna's importance as a hub of international diplomacy and host city to a United Nations headquarters was discussed during a meeting today between Yury Fedotov, Director-General of the United Nations Office at Vienna (UNOV), and the Mayor of Vienna, Michael Ludwig.

In his meeting with Dr. Ludwig, who became Mayor at the end of May, the Director-General highlighted Vienna's vital role as a United Nations headquarters.

"As a longstanding hub of international diplomacy, Vienna is an ideal home for the UN as we help countries around the world strengthen peace and security, and achieve the Sustainable Development Goals," said Mr. Fedotov, who also serves as the Executive Director of the United Nations Office on Drugs and Crime (UNODC).

"From Vienna, the United Nations family addresses a range of global challenges, from nuclear weapons, drugs, organized crime and terrorism to outer space, international trade law and industrial development. The Vienna International Centre has served as a key venue for international meetings, from regular sessions of the UN Commission on Narcotic Drugs and Commission on Crime Prevention and Criminal Justice, to talks on Syria and on Iran."

Mr. Fedotov added: "Next year we are celebrating the 40th anniversary of the Vienna International Centre. I look forward to partnering with Mayor Ludwig and with our host country Austria to highlight the work we do from the UN headquarters in Vienna, and how together we contribute to the larger goals of the United Nations." 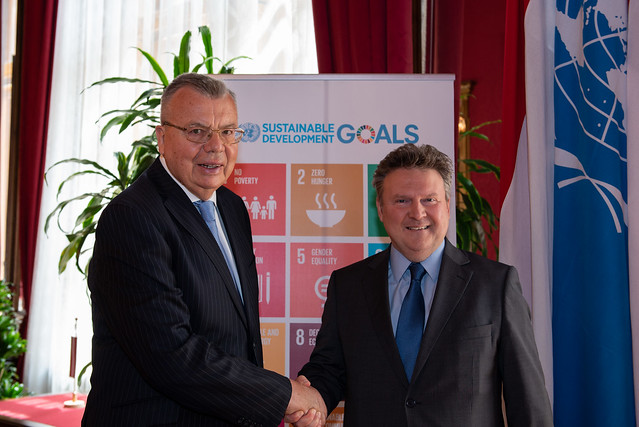