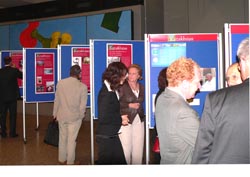 22 August (UN Information Service) -- An exhibition of photographs showing the effects of nuclear testing in Kazakhstan will be opened on Tuesday 29 August at the Vienna International Centre (VIC) in a special ceremony.

The exhibition entitled 'Semipalatinsk: from nuclear nightmare to epicentre of peace', marks the 15th anniversary of the closure of the nuclear test site in Kazakhstan. 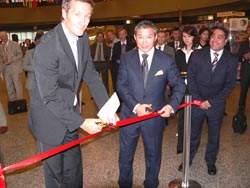 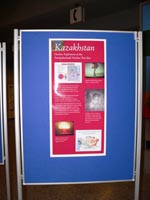 or Tóth at 13:00 hours on Tuesday 29 August.  There will be a reception at the opening event. 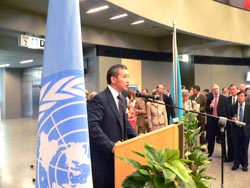 According to Ambassador Doulat Kuanyshev the cumulative power of the nuclear explosions as Semipalatinsk, both above and below ground is believed to be equal to 2,500 Hiroshima bombs. People in the area around Semipalatinsk are continuing to suffer in the form of birth defects and mutations, immunological deficiencies, cancer and other diseases from what are believed to be the effects of the nuclear tests. There has been a United Nations sponsored programme of support to the Semipalatinsk area covering environmental, health, economic recovery and humanitarian assistance.

Nuclear testing in Kazakhstan was stopped on 29 August 1991 following a presidential decree by the President of Kazakhstan, Nursultan Nazarbayev.

The exhibition, which runs from 29 August until 8 September, can be viewed as part of the guided tours of the VIC, organized by the UNIS Visitors Service.

The media, NGOs, diplomats and UN staff are welcome to attend the official opening of the
exhibition at 13:00 hours on Tuesday 29 August in the Rotunda and the reception.