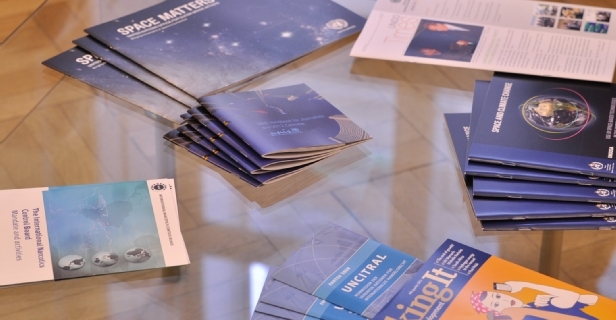 Guidelines on media access at the United Nations in Vienna

The following agreement between the UN Information Service, Vienna, (for the Vienna-based organizations, VBOs) and United Nations Safety and Security Service governs media access at the United Nations (Vienna). During times of heightened security, additional restrictions may apply.

The purpose of this agreement is to grant as much access as possible to members of the press while safeguarding and protecting the United Nations complex and ensuring the safety, security and comfort of all of its occupants: staff, delegates and press alike.

While ensuring safety and security is the starting point of all policies at the UN, it is equally true that journalists play an essential role in the United Nations work and therefore their ability to cover United Nations activities must be facilitated to the greatest extent possible.

Where unexpected circumstances arise, the approach will be to avoid confrontation, maintain civility and find the fastest, safest and most secure acceptable solution.

Correspondents who are granted access to the UN (Vienna) must abide by the policies in place.

The parties to this agreement will meet once a year, or as needed, to review policies, which can be revised as needed and should be applied based on a spirit of mutual cooperation and respect for the two simultaneous requirements of security and access.

- Special media arrangements (i.e. filming for the openings, pools, etc) will be announced separately in a media advisory.

- All requesting offices should liaise with UNIS, who will certify that accredited media are bona fide representatives.

Resident Correspondents, which applies only to those who are using an office in the VIC, may access the VIC through Gate 1 as well as by car through Gate 4.  Media with this status will not be screened at Gate 1, except in periods of heightened security. However, any media with camera equipment will be screened, at Gates 1 and 4.

Filming in the VIC

• Any special filming requests, aside from what is stated here, require prior authorization from UNIS Vienna and, where appropriate, the authorizing office.

• Filming exterior shots around the buildings of the Vienna International Centre is permitted, i.e. in the Plaza. Filming is allowed in the Rotunda but no close-up shots of people in these areas is permitted.

• Filming is permitted in designated areas within the conference room of open meetings.

• Filming is not permitted of any security installations and security staff (i.e. Gate One, close to/around any entrance checkpoints);

• Filming is not permitted in private meetings, dining areas, cafeterias, bars or the meditation room.

• If you are filming inside the Vienna International Centre, in a corridor for example, please ensure that you are not obstructing the passage of other visitors and staff.

• All media may film and/or take photos at press conferences.

• Live stand-ups are not allowed during press conferences and stakeouts.

• Boom microphones are not allowed in conference rooms.

• Use of flash and/or torches is not allowed.

• Authorization from UNIS Vienna or the authorizing office is required for all other filming and photography.

• Filming for advertising or commercial purposes is not permitted.

• Instructions from security personnel must be followed at all times and safety and security regulations must be respected; do not leave bags unattended at any time.

• Other requests should be made through UNIS or the VBO directly. Interviews can be arranged in the interviewees’ offices.

• Camera crews should be accompanied or have the name and contact number of the UNIS/VBO focal point.

Requests for access of SNG trucks via the fire ramp to the Plaza need prior approval and should be sent at least one day in advance to the respective press department, copied to UNIS Accreditation office. The request should include the name of the SNG driver, his/her mobile number and SNG truck details (weight, size and type of truck, car plate number).