What:      Sixteenth Meeting of the States Parties (16MSP) to the Anti-Personnel Mine Ban Convention (the Ottawa Treaty), press conferences and opportunities

H.E. Thomas Hajnoczi, Permanent Representative of Austria to the UN in Geneva is chairing the Sixteenth Meeting of the States Parties (16MSP) to the Anti-Personnel Mine Ban Convention, which prohibits the use, production, stockpiling and transfer of these weapons, ensures their destruction and calls for assistance to the victims of these arms.

In addition to its four-day of business, the 162-member treaty will also commemorate in Vienna the 20 years since it was first adopted and signed. The landmark disarmament and humanitarian treaty came about in 1997, after an unprecedented campaign that included non-governmental and international organizations and a core-group of States, which rallied behind a comprehensive landmine ban.

Austria, was key in the making of this Convention. In 1997, Austria was one of five countries that held diplomatic negotiations that resulted in the adoption of the treaty. Further, Austria developed the text of the Convention which has become normative international law. Ambassador Hajnoczi who leads the 16MSP, also led the Austrian delegation and negotiations back in 1997.

What will take place during the week?

[Journalists are advised to allow extra time for entering the Vienna International Centre on Monday morning as there may be long queues at Gate One.]

On Monday 18 December at 10:00, an opening ceremony will feature the Austrian Minister of Foreign Affairs, the ICRC President, the 1997 Nobel Peace Co-Laureates, and HRH Prince Mired of Jordan among other key figures in the life of the Convention.

On Tuesday 19 December at 10:00, HRH Princess Astrid of Belgium will open a special session on victim assistance to landmine victims and survivors. The session will be chaired by the Colombian Ambassador to the UN in Geneva.

On Tuesday 19 December at 12:15, HRH Prince Mired of Jordan, with the Head of Delegation for the European Union, will host a press conference announcing new EU support to the Convention for the next three years, worth 2 million euros. Venue: Room M5, Ground floor M-building, Vienna International Centre.

On Wednesday 20 December from 10 a.m. - 3 p.m. the Austrian Armed Forces will be demonstrating their capabilities in the field of mine search and clearance, both manually and by technical means. They will also present their capabilities for the defence against explosive ordnance and the disposal of conventional ammunition. The demonstration is organized by the Austrian Federal Ministry of Defence and Sport (BMLVS) and will be taking place at Heldenplatz, 1010 Vienna next to the Prince Eugen monument.

During the week, some of the most mine-affected countries in the world including Afghanistan, Colombia, Iraq, who face new contamination from armed non-state actors will present updates on mine clearance, stockpile destruction and victim assistance. In addition, the Conference will be asked to provide new deadlines to Angola, Ecuador, Iraq, Thailand, Ukraine and Zimbabwe who find themselves unable to meet their original mine clearance deadlines, and have requested additional time to complete their obligations.

Algeria, who carried out mine clearance work for more than three decades will officially declare having completed its obligation. Belarus, who held hundreds of thousands of dangerous landmines and which had missed its original stockpile destruction deadline will present its official declaration of having met its obligation.

Adopted in Oslo and signed on 3-4 December 1997 in Ottawa in 1997, the Convention entered into force on 1 March 1999. Since then, 80 per cent of the world's States have joined (162 countries), and more than 51 million landmines have been destroyed. In addition, 159 countries have declared not having any stockpile destruction obligations under the Convention, and 31 of 60 States have declared contamination by landmines, are now free of this scourge.

Media representatives who wish to attend the conference but are not accredited to the UN in Vienna, should write to press[at]unvienna.org by COB Thursday 14 December.

Landmine survivors, experts, and representatives from affected and donor States will be available for interviews during the Meeting.

More information about the 16th Meeting of the States Parties 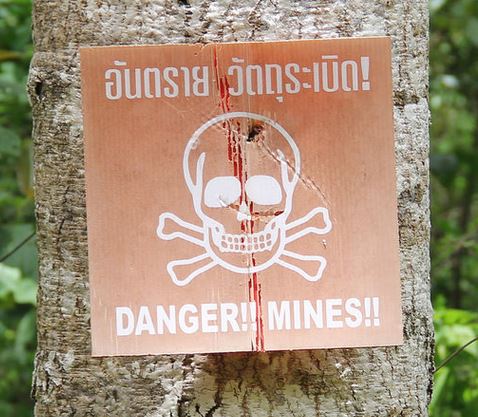 More photographs from the Mine Ban Convention

Ahead of global conference, landmine treaty chair reacts to news of growing mine-casualties