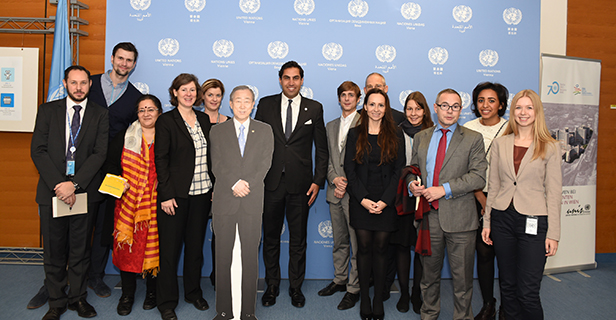 "Young people have the power as innovators, as voters, as consumers to make sure that this planet is more sustainable", says UN Youth Envoy Ahmad Alhendawi at event in Vienna

Vienna, 25 November 2015 - The United Nations Youth Envoy, Ahmad Alhendawi came to Vienna to take part in the launch of the "Get Active" campaign at the Austrian Foreign Ministry which aims to encourage young people to be engaged in implementing the sustainable development goals (SDGs) that were agreed at the United Nations in September. He also met UN officials at the Vienna International Centre (VIC) to discuss joint efforts to support young people and how best to communicate the goals to young people.

The Campaign "Get Active! Taking Action towards the Global Goals" was launched by the Austrian Development Agency and the Austrian Federal Ministry for Europe, Integration and Foreign Affairs, to help young people contribute towards the implementation of the SDGs. Taking actions can range from conscious actions in everyday activities, staying informed and reflecting on the topic of development to taking concrete action in a developing country or in Austria.

The former UN Under-Secretary-General for Communications and Public Information and now Director General for Development at the Austrian Foreign Ministry, Peter Launsky-Tieffenthal, moderated the discussion, at which committed young Austrians were invited to speak about their motivation and the various way to get involved in helping achieve the sustainable development goals.

Ahmad Alhendawi highlighted the importance of youth participation in implementing the 2030 Sustainable Development Agenda and referred to his own experiences of voluntary work: "Volunteering opens doors and exposes you to new experiences, friendships and knowledge." He also emphasized how volunteering can be used to transform not only the country but also its people, their choices and their ability to make choices.

The power of volunteering has also been endorsed by the UN Secretary-General Ban Ki-moon: "Volunteering fosters creativity, draws strength from our passions and connects us to those who need us most."

Working with and for women and young people is another major focus for the UN Secretary-General Ban Ki-moon's five-year action agenda. As the Envoy on Youth, Ahmad Alhendawi is involved in bringing the needs of young people all over the world to the attention of Member States. He acts as a bridge for young people to have their voice heard in the UN system, helping them be seen as full partners in the implementation, and not just as beneficiaries.

With the launch of a new interactive platform, the "Youth Gateway - Global Youth Partnership for the Sustainable Development Goals" in the first quarter of 2016, young people will be connected with opportunities to take action for global development, locally and internationally. The innovative Youth Gateway will also link together education, implementation and evaluation of the SDGs by youth and for youth. 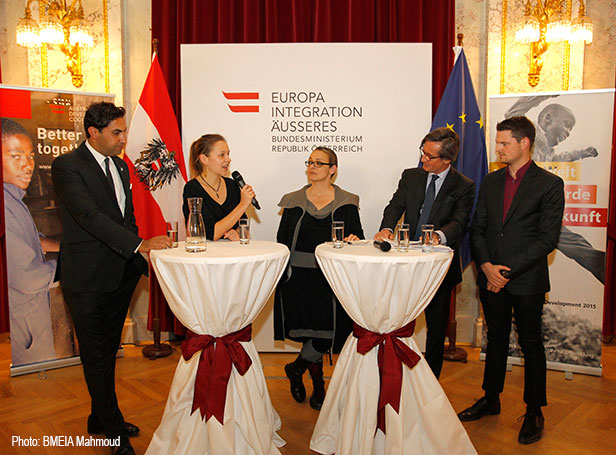