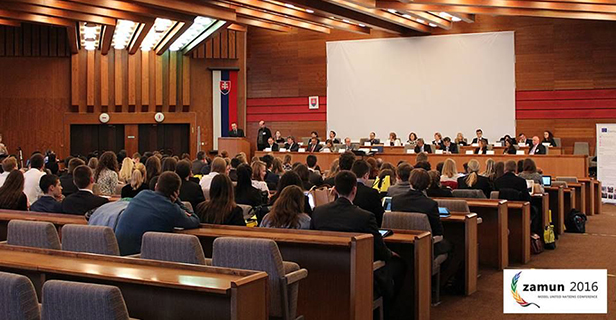 Partnering with the ZAMUN conference since it was established, UNIS Vienna again supported the conference this year. Addressing the young participants during the opening ceremony, Irene Höglinger-Neiva, Public Information Officer, UNIS Vienna, said that she was impressed by the multilingual and global nature of the conference. She added that the chosen topics including renewable energy, terrorism, youth unemployment, white-collar crime and Syria, were relevant and the most complex and important challenges of our time. She also reminded the students that as of 1January 2016, the Sustainable Development Goals came into force after having been formally adopted at the UN General Assembly in New York in September last year. Young people from around the world not only helped to formulate them but are also going to play a key role in implementing these goals over the next 15 years.