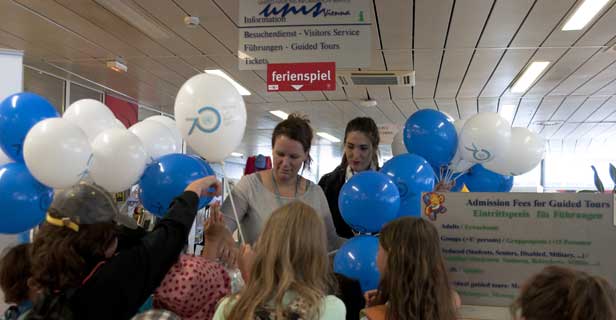 Children Travel through Time for the UN's 70th Birthday

UNIS Vienna's Visitors Service has participated in the local children's 'Holiday Games' (Ferienspiel) programme supported by the City of Vienna for more than a decade. Children aged 6-13 who spend their school holidays in Vienna are invited to visit the Vienna International Centre and take part in hands-on activities that are both educational and fun. Every year different themes offer the chance to explore other cultures and learn about the purposes and work of the UN.

This year's Holiday Games during the month of July are dedicated to the 70 th anniversary of the United Nations. Using interactive games and props, tour guides lead the young participants on a journey through time to discover what has changed for children in this part of the world since the end of the Second World War and the foundation of the United Nations.

Niko, one of the first visitors at the UN for this year's special edition of the Holiday games, compared different objects such as a typewriter from 1945, vinyl records from 1979 and a laptop from 2015. He remarked that even though "older objects and especially the manual coffee grinder from 1945 are more cool" to him, he was "happy to live in the present day". His friends Fritzi and Viktoria agreed, saying that "2015 is definitely the best year because there are smart phones and computers".

Tour guides point out the disparities that still exist today. In line with the UN declaring 2015 a "Time for Action", they highlight that not all the world's children are as lucky nowadays and much has yet to be done to achieve better conditions everywhere around the world. As one young participant remarked after seeing images of Syrian refugees which resemble the black and white photographs of people uprooted by the Second World War, "it's unfair that this still happens today." Guides explain some of the ways the UN works to tackle such issues.

The UN70 special edition of the Holiday Games was launched on 4/5 July at an annual local children's festival. Approximately 400 children visited the UNIS Vienna tent, which had four stations, each of which playfully taught the kids what the UN does. 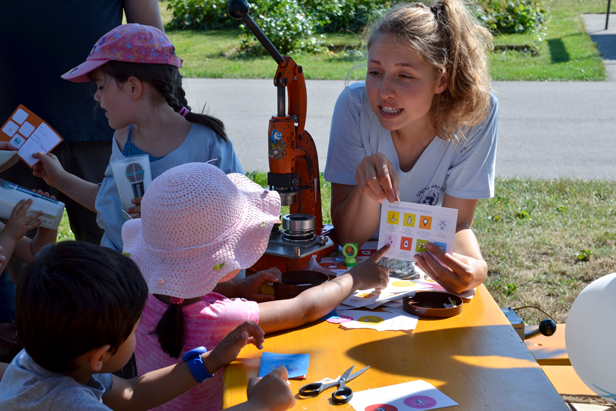 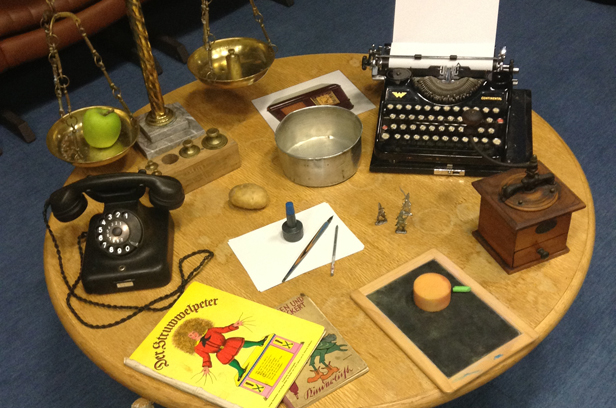