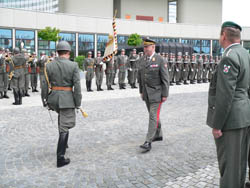 9 May (UN Information Service) -- The contribution of United Nations peacekeepers in maintaining peace and security around the globe has been celebrated today at an event at the Vienna International Centre to mark the International Day of UN peacekeepers.

A formal military ceremony signalled the beginning of the event attended by the Austrian Chief of Defence Staff, General Roland Ertl, and a contingent of around 40 peacekeepers from the Austrian Armed Forces who are about to go on mission to the United Nations Disengagement Force (UNDOF) on the Golan Heights.

On 29 May the United Nations pays tribute to all the men and women who have served and continue to serve in UN peacekeeping operations for their high level of professionalism, dedication and courage and honours those who have lost their lives in the cause of peace.  The General Assembly established UN Peacekeepers Day in 2002 when it adopted resolution 57/129.

In his message for the day the Secretary-General of the United Nations Kofi Annan said: "The days of lightly arm 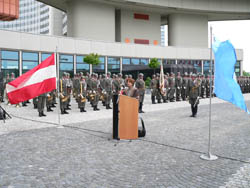 ed peacekeepers conducting foot patrols along ceasefire lines between sovereign States are long over.  UN peacekeeping operations are now increasingly complex and multi-dimensional, going beyond monitoring a ceasefire to actually bringing failed States back to life, often after decades of conflict."

The Secretary-General also mentioned the risks involved in peacekeeping: "More peacekeepers died in the service of the United Nations in 2005 than in any other year in the last decade with 124 peacekeepers from 46 countries losing their lives to violence, disease and accidents.  A further 32 have fallen in the line of duty so far in 2006."

At today's event in Vienna the Chief of Defence Staff of the Austrian Armed Forces, General Roland Ertl spoke of Austria's long history in UN peacekeeping: "Our international solidarity and hence our participation in peacekeeping operations fully influenced our policies and the reshaping of the Armed Forces as well.  Peacekeeping has become a part of the image and identity of our forces and this was clearly the way to go and remains the way to follow." 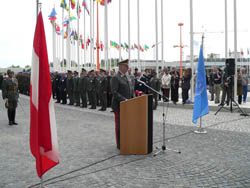 General Ertl added that it was important for peacekeepers to have the right attitude: "High morale, respect and fairness, the observance of human rights and the best standard of a humanitarian mindset are the baseline for a good peacekeeper.  Peacekeeping is a hearts and minds campaign. Its success is heavily dependent on having the right approach."

Austrian military vehicles used on peacekeeping assignments were on display, a military band played and video clips from the Austrian Armed Forces showed the work of Austrian peacekeepers around the world. After the ceremony goulash was served. 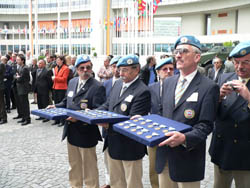 There are currently 15 peacekeeping operations around the world with more than 72,000 military and police personnel from an unprecedented 108 countries as well as 15,000 civilians.

Austria, Hungary, Slovakia and Slovenia, the four countries directly serviced by UNIS Vienna and the Czech Republic, Poland and Romania where UNIS Vienna provides strategic guidance and support, are all troop contributing Member States of the United Nations.

The full list of contributing countries is available at: 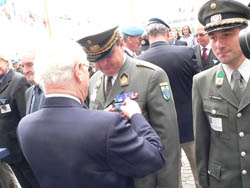 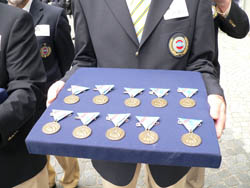 As peacekeeping grows in importance and stature so, too, does the need to address any problems in a firm and effective manner.   Towards that end, the United Nations has achieved concrete progress in enforcing the Secretary-General's zero-tolerance policy against all forms of sexual exploitation and abuse by peacekeepers.  Another concern is the need to increase the number of women serving as uniformed personnel in UN peacekeeping operations.  As of now, only 1 per cent of soldiers and 4 per cent of police officers are women.  In addition, UN procurement is being reformed to guard against waste and ensure that all resources are maximized.

UN peacekeeping, built on almost 60 years of experience in the field, remains an indispensable tool for the international community in tackling the difficult issues of inter-State and, increasingly, intra-State conflicts.  UN peacekeeping's legitimacy and universality are unique, derived from its character as an action taken on behalf of a global organization comprising 191 Member States.