Addressing the gender dimensions of corruption

Corruption harms people of all genders because it reduces trust in institutions and erodes the foundations of democracy and a functioning economy. However, corruption impacts women and men in different ways. The results of corruption often make women more vulnerable, leaving them excluded from decision-making roles and limiting their chances for educational and economic advancement.

Corruption networks are predominantly male. In countries where corruption is more prevalent, women are often excluded from these closely-knit male-dominated networks which benefit insiders through corrupt acts or the control over recruitment processes. Consequently, women are less likely to secure political positions or other decision-making roles.

Since women’s inequality is deepened by the negative impacts of corruption, women might be more motivated to counter corruption than men since it hinders their professional ambitions and independence. However, women are generally more fearful than men to report instances of corruption because of fear of retaliation or other disadvantages.

Women are exposed to greater risks of using their bodies as the currency of corruption. When sexual favours are used as a form of abuse of authority, collusion or favouritism, then corruption is gendered. Being exposed to this form of corruption puts women at a particular risk and can have long-term devastating physical, psychological, social and economic effects on women and girls. Studies have shown that the victims often may not understand that being asked for sexual favours is a form of corruption, and that sex can be used to abuse authority, as a currency or a bribe.

Education is a critical tool in advancing gender equality and the economic empowerment of women, both of which are key to addressing the gendered dimensions of corruption. Opening professional doors for women has a decisive impact on corruption patterns, transparency and public accountability.

The impact of COVID-19 on gender corruption

The COVID-19 pandemic has undermined gains in women’s empowerment by reversing progress made and deepening existing gender inequalities. The COVID-19 pandemic is also having an impact on the gendered dimensions of corruption in education, healthcare and the private sector in many countries around the world.

The pandemic has created a global extended emergency, which has exposed health personnel to greater risk in general. Arguably, this has had a disproportionate effect on women providers as many women work on the frontlines of the COVID-19 response or as family caregivers.

Corruption in the disbursement of COVID-19 relief and aid packages, fraud, and non-payment of salaries to critical health care workers undermine the effectiveness of health care services affecting women severely. Therefore, gender-sensitive whistle-blower reporting and protection systems are fundamental in the fight against corruption. Violations can only be addressed when women feel safe to report incidences without fear of retaliation or the loss of protection or confidentiality.

Corruption undermines the progress of gender equality, is a barrier to all development and diverts resources away from poverty-eradication efforts, affecting women and children gravely. It also has a cross-cutting negative effect on all 17 goals, threatening their achievement. The vast sums lost to corruption could be used to improve living standards, increasing access to housing, health, education and clean water. However, efforts to advance gender equality and efforts to fight corruption have a mutually reinforcing effect.

What is UNODC doing to address the dimensions of gender corruption?

In 2020 UNODC published a report entitled ‘The Time Is Now: Addressing the Gender Dimensions of Corruption’ which explores the interconnectedness between gender and corruption. The publication covers how gender equality efforts can also address corruption and vice versa, the international framework and national responses to international commitments and has practical case studies of Brazil, Ghana and Indonesia. It seeks to provide food for thought to the anti-corruption community at large in translating ideas to programmatic initiatives.

The report builds on the discussions held at an expert group meeting in Bangkok in 2018. The meeting brought together 26 participants from United Nations agencies and other international organizations, anti-corruption authorities and national criminal justice practitioners, as well as civil society and academia to discuss the gender dimensions of corruption and Identify good practices. However, The Time is Now reaches beyond the original findings with the actionable recommendations from the meeting woven in throughout the publication.

One of the findings of the report is how anti-corruption and gender equality efforts can be mutually reinforcing and how synergies between the two can strengthen policy decisions and legal frameworks.

UNODC continuously endeavours to address the gender dimensions of corruption through the active development of programmatic activities and by expanding the existing body-of-knowledge.

At the COSP there will be a high-level panel on “Women Leaders in Integrity: considerations for an inclusive recovery” with the Executive Director of UNODC, Ghada Waly. Several side events related to gender and corruption will also take place:

-        Shaping the future: Anchoring gender in the CoSP process”, organized by Germany together with Sweden, Nigeria;

-        “Women as drivers for fair and ethical business”, organized by the UNDP Bangkok Regional Hub

Further information for the media 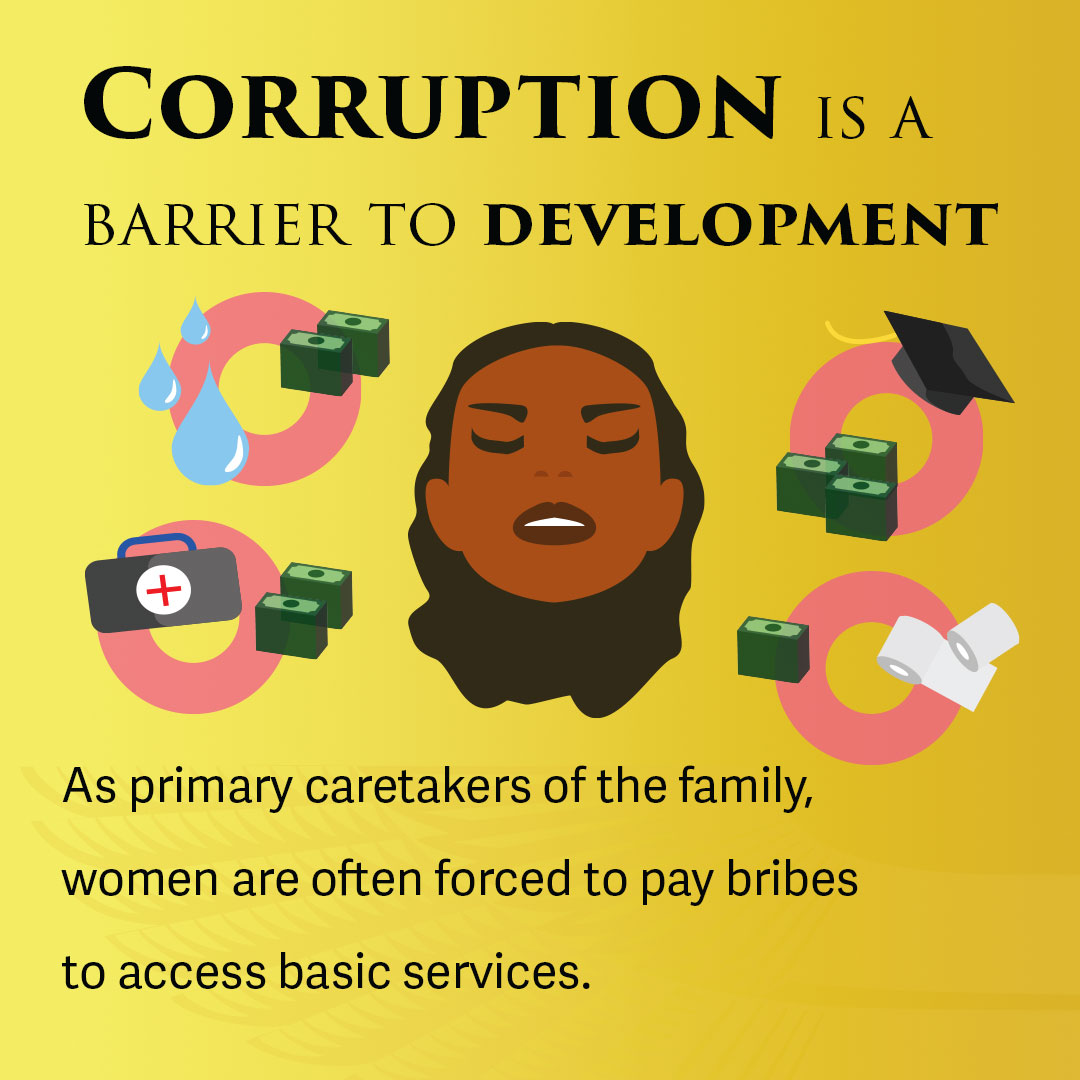